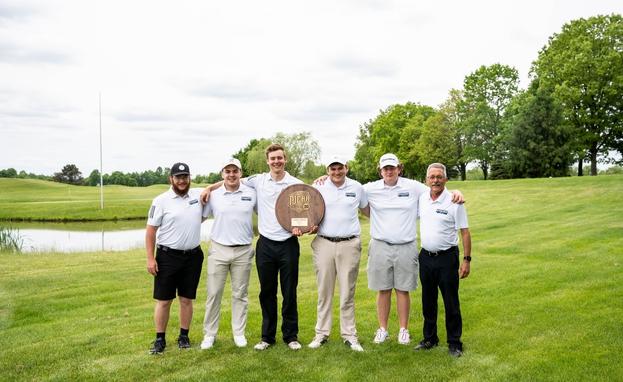 Congratulations to the BC3 Pioneer Golf team for winning the Region 20 Golf Tournament and making it to the National Tournament!

The Pioneers went on to place sixth as a team at the National Tournament in Chautauqua, NY in June 2022. A special congratulations to golfer Troy Loughry for placing fifth overall and the prestigious award of being named a First-Team All American.

Proud to be a Pioneer

The Golf Program at Butler County Community College has enjoyed a rich heritage of success. The men’s team has made multiple appearances at the national tournament and many players have received individual honors at the state, regional, and national levels. The Pioneers have numerous accomplishments including:

The team is opened to men and women. In the fall, the team competes against other WPCC schools for conference honors. In the spring, the golfers vie for regional and national honors and the chance to compete at the NJCAA National Tournament.

The Golf Team at BC3 plays its home matches at Lake Arthur Country Club.