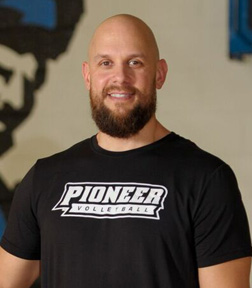 In addition to BC3, Rob has coached thirteen seasons of USAV Junior Volleyball, most recently with the Pittsburgh 3-Rivers Volleyball Club where he has had four teams qualify for the USAV Girls Junior National Championships.