Located in the Student Success Center, the BC3 Campus Police Department exists to protect and serve the students, faculty, staff and visitors of the college, while maintaining a safe atmosphere to help encourage moral and intellectual growth.

The campus police department is responsible for law enforcement on campus, and the officers are vested with all the powers, authority and responsibility of any police officer of the commonwealth on property owned or operated by the college, including immediate adjacent public roads and property.

BC3 Campus Police provides training for the campus community on effective response plans during an emergency situation. Learn More.

Report a Crime or an Incident

If you wish to report crime online use BC3 Police Department's Report a Crime or an Incident Form.

If you suspect that a fellow student is in distress, contact the C.A.R.E. Team.

The C.A.R.E. Team uses campus and community resources to assists students who demonstrate concerning behavior or may be in jeopardy of harming themselves or others.

The C.A.R.E. Team is not an emergency service. In case of emergency, dial 911.

View the BC3 Ordinances as a downloadable PDF packet.

The Campus Police Department is currently staffed by 4 full-time, 2 part-time officers who have all completed the Municipal Police Officer Training Course known as Act 120. The officers have full police powers and they do enforce but are not limited to, the Pennsylvania Crimes Code, Pennsylvania Vehicle Code and ordinances of Butler County Community College. 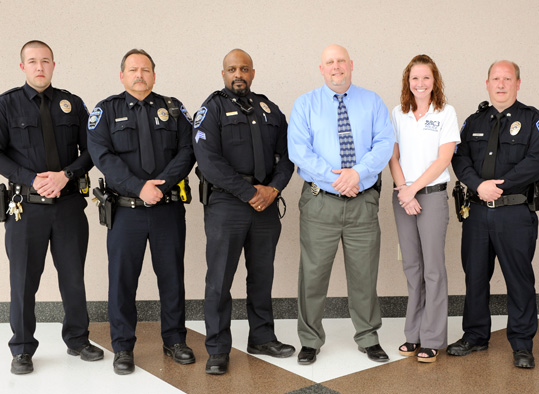